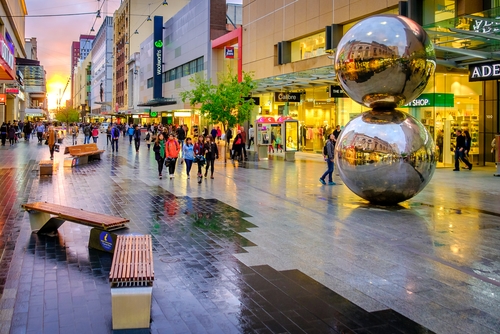 IF you are searching for an inner suburban home that is relatively affordable, it may pay to look to Adelaide’s west.

A CoreLogic report released this month recommends Hindmarsh, Cowandilla, Renown Park, West Richmond and Devon Park as our most affordable suburbs for freestanding houses within proximity to the GPO.

They are all within 5km of the city and have median house prices below $500,000, the report states.

Hindmarsh, which has a median house price of $463,500, tops the list for CBD proximity — it is listed as being just 3.5km from town.

Adelaide’s stats certainly show-up those of Sydney and Melbourne.

In Melbourne, you would be looking to move between 16.1km and 29km out of the CBD to find a house with that price tag.

Many of those suburbs began their journey to gentrification a number of years back,” he said.

“It may well be that that journey has slowed because of neighbouring new developments and also the Torrens to Torrens project.

“When all of the infrastructure in and around those areas is completed, I would expect to see some greater interest, with a likely impact on values beginning to increase.”

Western area specialist selling agent Mandy Doolan of Toop & Toop Real Estate said it was no surprise to hear there were still pockets of affordable housing in the inner west.

“Traditionally it’s a great space for younger homebuyers to be looking in, as it has a great diversity of housing stock, is close to all the necessities and obviously doesn’t come with the price tag of many blue chip suburbs in the inner-metro area,” Mrs Doolan said.

Unlike Sydney or Melbourne, where you are travelling over an hour from an affordable suburb into the CBD, in Adelaide’s west you are literally 10 minutes away from the city.

Mrs Doolan said a typical $500,000 home in the inner west would probably be a three-bedroom townhouse or courtyard home built within the past 20 years.

There were also character bungalows on subdivided blocks available around this pricepoint and ripe for renovation, she said.

CoreLogic researcher Cameron Kusher said most capital cities had seen a “significant decline” in suburbs with a median value below $500,000 over recent years.