When it comes to Australian property, not all markets are equal.

And in a climate where headlines are dominated by dwelling market declines, tightened credit and falling clearance rates, quiet achievers are often overlooked.

Adelaide is one such market. Despite years of setbacks to employment in South Australia, Domain data shows Adelaide houses have been growing in value each year for the past five years, outpacing inflation by an average of 2.5 percentage points each year.

And while the median house price across Australian capital cities has declined approximately $40,000 since the December peak last year, Adelaide house prices have risen $7000.

The gap between Adelaide and the other capital cities is now closing.

Adelaide clearance rates are also holding above the national level of 39 per cent, maintaining 47 per cent in November.

The number of properties taken to auction across Adelaide was steady at 484 in October. Taking seasonality into account, auction numbers have been steady since 2015.

Listing volumes across Adelaide increased 3 per cent in both total and new listings in the year to September. The rise in new listings may suggest confidence selling in the current market.

So just how did Adelaide’s housing market become the quiet achiever of Australia?

Adelaide has not been an exciting place for investors. During the Sydney housing boom between 2012 and 2017, annualised return on capital growth for houses in Sydney was 10.9 per cent, compared to a modest 3 per cent in the SA capital.

Over this time, owner-occupiers averaged 60 per cent of new finance commitments for housing across SA, compared with 53 per cent on the national level.

That spread widened over time, with the owner-occupier share of new housing finance now 8 percentage points above the national level.

At a time when investors are retreating from the housing market, Adelaide is relatively insulated because prices were not driven by investor activity in the first place.

Job creation, higher wages and increased migration are all things that will contribute to higher housing values in Adelaide.

Employment is a big factor, and in October this year the state’s unemployment rate eased to its lowest point since November 2012, at 5.5 per cent.

In the year to October, there was an increase of approximately 12,000 jobs in SA, unemployment reduced by 3000, and 9000 additional people entered the labour force.

This suggests that the decline in unemployment was due to unemployed people finding work, and people entering the SA labour force to work.

Since June 2016, the underemployment rate has fallen from 10.6 per cent to 9.6 per cent. This was aided by a surge in full time employment growth, which peaked at 3 per cent in February 2018.

As employment has risen steadily, and underemployment has fallen, growth in SA wages is picking up. Wage growth is represented by a metric called the wage price index, and is graphed above.

While this is below the previous year’s growth at 2.4 per cent, and is below the national figure, it does represent an overall uplift in growth.

The highest contributors to growth in SA over this period were private business investment and growth in new civil engineering construction.

Several initiatives appear to be supporting employment and economic growth in SA. These include the $50 billion Naval Group contract for submarine building, and a $35 billion government ship building program.

Commercial real estate agents have noted that these programs have already supported increased occupancy in the commercial centre of Adelaide.

Improvements in employment and consumption have occurred against a steady flow of migration. Migration to the state grew by 1 per cent over the year which is in line with the historical average.

Is it time to buy in Adelaide?

Domain forecasts that the Adelaide market will grow 2 per cent in 2019, and a further 2 per cent by 2020. The forecast is largely based on modest but steady population growth, and an economic environment with no major shocks.

Adelaide is not a market for speculators expecting the double-digit growth returned in Sydney, Melbourne or even Hobart. There are two things to consider before rushing to buy in Adelaide.

The first is that while the economy has shown improvement, it is hard to tell whether that growth can be sustained.

While investment in defence manufacturing supports employment in SA to an extent, it has not provided steady work.

This has already been exhibited with the recent completion of Air Warfare Destroyers, with further contracts on ship building not delivering employment opportunities until 2020.

However, this does not mean Adelaide is void of long-term growth potential. Strategic industries touted for investment include tourism, international education and agribusiness. A low Australian dollar further facilitates growth in these industries. Since hitting a three-year-high in January 2018, the Australian dollar has fallen approximately 10 per cent.

The second consideration is that low levels of investment and speculation is actually the reason Adelaide houses have performed relatively well, as high investment markets like Sydney and Melbourne have declined.

If history is anything to go by, the Adelaide market is one for those that are in it for the long haul, whether that is an investor seeking modest returns over time, or an owner-occupier. 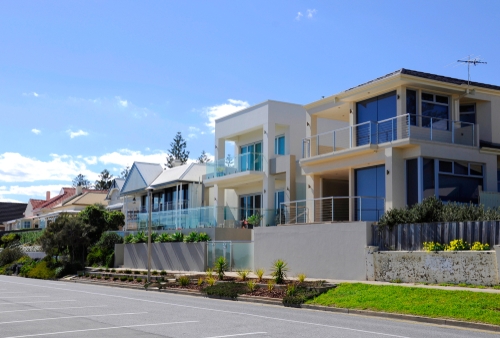 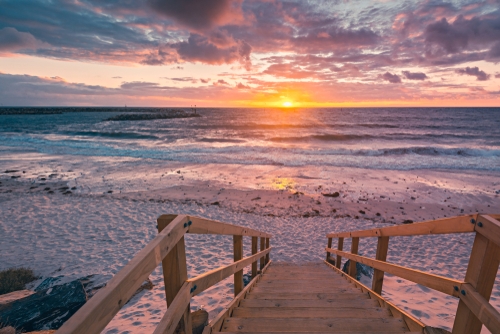