IT’S finally happened! Adelaide has topped the nation with its property price growth, and there is more good news on the way. Click here to find out more.

Adelaide’s spring selling season is off to a good start with the City of Churches named Australia’s top performing capital for property price growth.

According to CoreLogic’s Hedonic Home Value Index, Adelaide dwelling values rose by 0.5 per cent over the three months to the end of August — the highest increase recorded for any capital city.

Annual figures have also jumped to 1 per cent, with Adelaide now recording a median property price of $438,466.

Real Estate Institute of South Australia CEO, Greg Troughton said Adelaide’s housing demand by both local and interstate buyers had made it a strong market competitor.

“There’s been a little bit of both a lack of supply of listings, along with demand for quality homes by discerning buyers,” he said.

“I am very positive that we should continue to see strength in our market place — even with the talk and action of increased interest rates — but more interstate buyers are heading our way.

“First home buyers are also coming back in at the moment at the lower levels, while upsizers and people from interstate are also active in the market search.”

According to the latest NAB Residential Property Survey, Adelaide property values could see further growth in the months ahead, with house prices expected to increase 1.7 per cent in 2019, the equal highest forecast growth with Hobart.

While the predicted growth is modest, it is still significantly ahead of the forecast average for combined capital cities, which are showing a drop of 0.1 per cent.

Adelaide is also up 0.2 per cent on the 1.5 per cent growth forecast last year.

Home values in Hobart — which had been the previous record holder — meanwhile posted two consecutive months of subtle falls, while Melbourne now ranks as Australia’s weakest capital city housing market, with dwelling values falling 2 per cent over the three months.

Sydney, Perth and Darwin also recorded price drops of up to 1.2 per cent, while Brisbane and Canberra recorded marginal growth of 0.1 per cent and 0.4 per cent, respectively.

What does a million dollars buy in Aussie capital cities?

“This trend towards weaker premium housing market conditions is largely attributable to larger falls across Sydney and Melbourne’s most expensive quarter of properties where values are down 8.1 per cent and 5.2 per cent over the past twelve months,” he said.

“The trend towards more robust housing market conditions for affordable properties can be seen geographically as well, with the top 10 capital city subregions, based on an annual capital gain, generally located in more affordable areas such as Hobart, the outskirts of Melbourne and parts of Brisbane and Adelaide.” 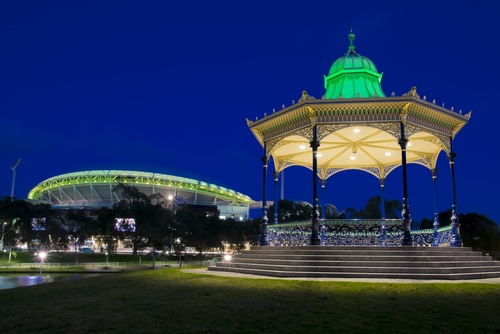