The rise and fall of property sales in Adelaide

The Advertiser surveyed six leading real estate identities to identify the real estate hot spots of 2017, and their responses may surprise you.

Harcourts SA chief executive Andrew Friebe said many of our rising star’s lesser-known adjacent suburbs were yet to take off, and presented excellent buying opportunities.

“The flavour for the year will be buying in the suburbs near the up-and-comers – the ones that people don’t really know about, they’ll be the ones to watch this year,” Mr Friebe said.

“It’s about finding the suburb next to the one that’s growing but that hasn’t really got the same level of infrastructure or schooling or investment into the redevelopment of those particular suburbs, but they are coming soon and will soon offer the same standard of living.”

Some of these rising star suburbs identified by The Advertiser’s panel of experts include Greenacres, Warradale, Evandale and Underdale.

“I haven’t seen people so cognisant of their money for at least six or seven years – people are very focused now more than ever on making sure they get good value for their money,” Mr Troughton said.

“I’d be encouraging South Australians to look left, right, up and down – find that blue chip suburb and then look 5 to 8km around it and look for value and make your dollar go a little bit further.”

While not rising stars, perennial favourites like Henley Beach, College Park, Prospect and Unley Park were also tipped as places to buy in 2016, driven by strong demand and consistent value growth.

“While you can’t necessarily expect double digit growth, you can almost guarantee a return on investment in our blue chip suburbs,” Mr Troughton said.

“These blue chip suburbs will always be hot because they are constantly in demand and solid performers.”

Mr Friebe tipped a strong but steady year for the SA property market.

“The year ended strongly, rents have been steady, and I think when you look at other capital cities, Adelaide is performing only just behind Sydney and Melbourne, and our combination of yield and capital growth is what makes Adelaide a great investment.

“If rates stay low. we will continue to see an increase in not only investors but the appetite of owner-occupiers as well.”

Hills hotspot Stirling was identified as a suburb to buy in 2017 and Mark and Helen Harvey, who recently moved there from Brown Hill Creek after buying through Arabella Hooper of Harris Real Estate, are not surprised.

“There’s a lot of young people up here as well as some older ones, so it’s a great mixed demographic,” Mr Harvey said.

“It’s just a fantastic environment and so close to the city.”

Windsor Gardens: Back from College Park and Vale Park, it’s the next one to really take off. – AF

Modbury: The millions of dollars being invested in the O-Bahn will accelerate growth. – GT

Greenacres: It’s on the city fringe and a fast-developing area. – OK

Modbury – Great access to the CBD and close to Tea Tree Plaza. – PH

Munno Para: A median price of $256k with room for growth and excellent access. – RA

Daw Park: Not as well known as its neighbour Westbourne Park, with fantastic growth potential. – GT

Christies Beach: A coastal lifestyle in a developing area. – PH

Warradale: Close to the beach with great transport options. – NC

Christies Beach: Coastal suburb and an easy commute to the city. – RA

Evandale: Amazing character homes and a hidden gem in the East! – GT

Magill: Find a townhouse or unit and enjoy the Eastern suburbs’ convenience. – PH

Hilton: Five minutes from the CBD and close to the beach and airport. – AF

Hilton: Fantastic investment area – a hotspot for renters for years to come. – GT

Thebarton: Close to the tram, the hospital and the parklands. – OK

Richmond: The inner-west is on fire at the moment and the occasional 2-bedroom home or maisonette in this price range still comes up. – PH

Woodville: Yet to experience the huge value growth as nearby Bowden and Brompton, but it will come. – NC

West Lakes Shore: Difficult to get into the unit market here but it’s a steady performer for price growth. – RA

Balhannah: Only 30 minutes to Adelaide CBD in a beautiful part of the Adelaide Hills. – GT

Strathalbyn: It’s a gorgeous township, less than 1 hour from the city. – OK

Prospect: Character homes on large allotments. The next affordable suburb after North Adelaide and Walkerville. – AF

Prospect: Favourite with both investors and first home buyers looking to upsize. – GT

Rostrevor: Inner-north with median price of $588k and room for growth, with great facilities around. – RA

Unley: 1km from the city – people fight to get into every segment of the market here. – AF

Goodwood: Under 3km to the city, has great transport and a vibe many suburbs are envious of. – GT

Port Willunga: The beach house market is finally starting to move after 8 years of inactivity. – OK

St Marys: Lots of development within the area with proximity to Flinders University & Medical Centre. – PH

Brighton: A beachside suburb with easy transport to town. – RA

Norwood: A mix of different density housing and offers both great yield and capital growth. – AF

Norwood: As popular as ever with all segments of the buyer and renter market. – GT

Stonyfell: Still good value in the heart of the Eastern suburbs. – PH

Glenside: A masterplanned community on the doorstep of the city to be released in mid-2017. – NC

Lockleys: Quality homes in a private suburb with a community feel between the beach and city. – AF

Warradale: Glengowrie exploded in price over the last few years. Warradale will do the same. – PH

Richmond: Affordable and close to the city and airport with redevelopment options. – RA

Tanunda: The Barossa is the best-kept secret and offers a lifestyle like nowhere else. – AF

Mylor: Lovely homes on acreage on offer for under $1 million. – OK

Aldgate: With Stirling prices becoming unaffordable for some, Aldgate is the next best option. – PH

Bridgewater: Demand continues to grow for more affordable properties and there are some gems in Bridgewater. – NC

Stirling: Always a solid growth area for ‘tree lovers’ but only 15 minutes to town. – RA

Medindie: Continues to be one of Adelaide’s most expensive suburbs. – PH

Walkerville: City convenience and grand homes make this one of Adelaide’s most desirable suburbs. – RA

Unley Park: One of Adelaide’s most prestigious suburbs. Many of these beautiful character homes have been immaculately renovated. – GT

College Park: Home to some of the state’s best-quality homes, close to the city and great schools. – AF

Toorak Gardens: – Transforming into the most sought-after location for the executive family market. – GT

Rose Park: On the doorstep of Victoria Park racecourse, it continues to have strong capital growth. – PH

Unley: Character homes are still the most sought-after properties for Adelaide buyers. – NC

Toorak Gardens: Arguably the most prestigious and the “best of the best” in the East. – RA

Henley Beach: The Henley Square redevelopment has only increased demand for the area. – AF

Henley Beach: Henley Square has just been refurbished and is quickly becoming the place to be. – GT

Henley Beach: Had a strong year in 2016 and I expect demand to continue for high-quality coastal homes. – PH

West Beach, Henley Beach, Grange and Tennyson: These beaches attract interstate and overseas buyers as the lifestyle in Adelaide is so affordable. – NC

Stirling: Sensational lifestyle just 15 minutes from the city. The Main Street redevelopment has made a massive change to the area. – AF

Stirling: The Dress Circle is tightly held and one of the most popular top end areas of the Adelaide Hills. – GT

Stirling: It offers a country lifestyle with proximity to the CBD. – PH

Victor Harbor: Great for city dwellers who don’t mind the hour commute and not too far for a weekend getaway. – RA

A SUBURB THAT ISN’T REALLY ON ANYONE’S RADAR, BUT SHOULD BE:

Nailsworth: Next to Prospect, a great opportunity and home to good blocks ripe for redevelopment. – AF

Enfield: The right property in this suburb will be positively geared. Within 10km of the Adelaide CBD, this suburb sits in the next band of property likely to take off. – GT

Edwardstown: Currently undergoing a transformation and seeing plenty of development. Incredible proximity to the city and beach. – PH

Birkenhead: As the Port improves its commercial offering and correct development begins, there should be good potential value growth for Birkenhead. – NC

Credit: Looking to buy in 2017? It’s time to think outside the box when it comes to which suburb, experts say 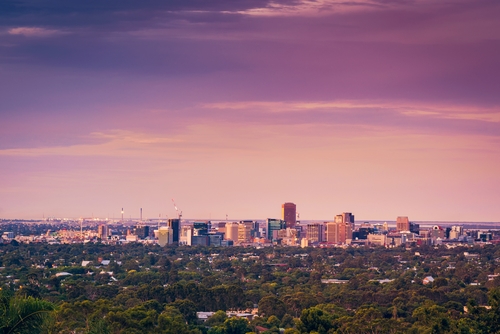 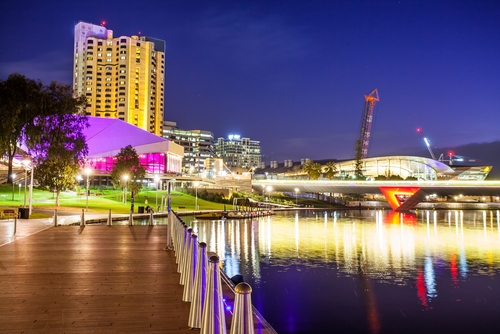 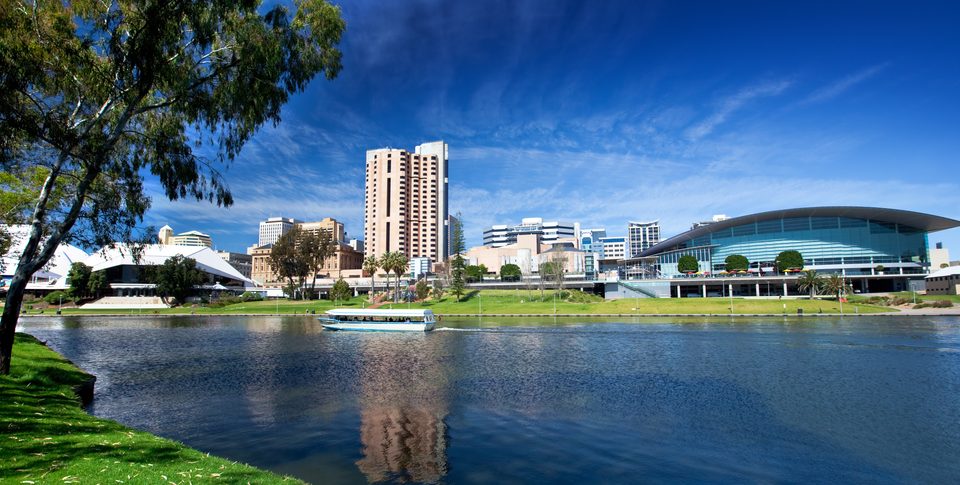