How Adelaide Auctions are Outpacing the Eastern States 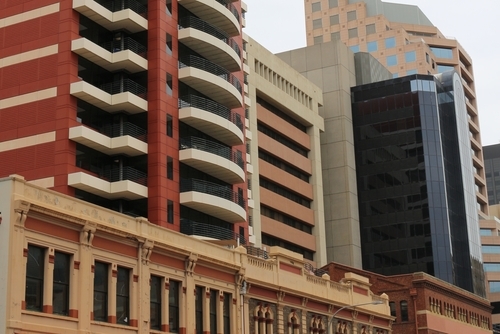 HOUSING affordability and a desire to downsize to a low-maintenance home are among factors driving support for higher density housing, according to the head of SA’s urban development lobby.

Of those respondents in support of higher density development, 51.3 per cent wanted it restricted to main roads.

The results also show men were more supportive of high-rise development (71.8 per cent) than women (58.6 per cent).

And the results may challenge common perceptions that older South Australians are opposed to taller buildings with 53.6 per cent of respondents aged over 65 supporting higher limits.

Mr Gerace said a large cohort of the community are looking to downsize, particularly those nearing or in retirement who did not necessarily want to move into an aged care home.

“It’s only a small percentage who go into an aged care home or retirement villages,” he said. “There are large groups of people who maybe not working as much as they used to be, or are retired, they are wanting to travel more and therefore want to get into more appropriate accommodation — there’s a demand for low maintenance.”

He said housing affordability, combined with a desire for people to live close to where they grew up or are already living, will lead to a “substantial change” in the way Adelaide “looks and feels”. He said the survey results represented what he dubbed the “community of silent voices”.

“All we hear about generally are the negatives, when someone doesn’t want a development next to them,” he said.

But the State Government is facing strong public opposition to a proposal to allow high-rise apartments at 12 selected sites across Adelaide including the old Caroma factory site at Norwood, the former Le Cornu site at Everard Park and along Unley Road at Malvern.

Messenger Newspapers reported last month that an overwhelming majority of more than 430 submissions to public consultation opposed the idea.